Its a warm night here in SE Michigan..the night is now falling earlier as we slowly climb into the fall/autumn season.
I am realizing its been quite a while since I wrote a personal entry and decide its time to do so. The problem is I don’t know where to start at. 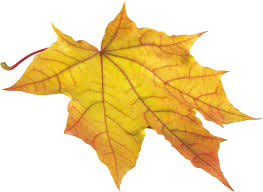 Work has been just that this season,work! But as it has been all this time,work is a refuge for me. I look forward to it every day,especially knowing I am working with Dan and Batroc. Despite having so much freight in such a small space,we manage to keep it somewhat sane at during the day. We get the freight ready for the night crew and afterwards we help stock the different departments. Mostly we stay in the department close to the receiving department because they need a lot of support.

Been working a normal 2-10:30 pm shift but as our summer season winds down,I am losing hours once again. Its not a good feeling but I have hope I can get a full-time spot somewhere in the store,those spots are hard to come by. So we’ll keep at it and continue to work harder and smarter. I work with some of the nicest people and I am grateful to so many of them and I never take them for granted. Many have fought and are fighting some huge mountains themselves and they keep on charging forward. For working in such a large store,we are pretty tightly knit,we sometimes get a lot of new people and its fun watching them slowly learning that our culture really is the real deal.
Still working on the many repairs on the house,still haven’t managed to do much. Setting up another window appointment to try and get that window replaced. Its been a thorn in my side all season and now time is growing short. We are expected to not only have a early winter but also a heavy snow season as well.

I can see this is going to be a rolling blog….so cinch your seat belts up….

About 10 days ago,I got a message from my sister-in-law Brenda that Lori’s momma,Leona,was finally fading from having Alzheimer’s for the past 10.5 years.  Wow…such a long time to have this illness. I had mixed emotions,I can remember Lori and I making that long 240 mile trip to Irons so many times when we had the time off. We would come up and bring meals,do chores and walk Lee outside until she would get tired.
We tried to coax Phil to move down here closer to us so we could help them out but Phil was too nervous being around the bigger city and so they stayed in Irons. When Lee started getting outside and away from Phil,their neighbors stepped up and not only got inside but also called us. We were finally able to get Lee into a nice home. It wasn’t long after that when Lori got her cancer and our own lonely struggle started. We made our last trip to see Lori’s folks when we went on vacation to Holland. After that,Lori was too sick to go north and Lee was too sick to come south.
Lori’s brother Brian and his wife Brenda took over and visited Lee every week no matter what the weather.  The only one small bright spot was Lee never knew Lori was so sick and later died from her cancer.
When I talked to Brian about the funeral,he decided and rightly so,to have it very quickly. He said that Lee wouldn’t want a big fuss and he was right. Lee was a very humble soul who loved her family and her church very much. It made me feel good when she told Lori that she thought I was a fine gentleman and would make a good husband for her. I tried,Lee,I really did. I know she will be surprised to see Lori in heaven but I’m sure the reunion between mother and daughter will be joyous.
Because of the short turnaround,I was unable to make it but Brian understood that as well. We talked for while and then I got off the phone as I know how busy he was going to be.

Not everything is sad news these days,thank heaven. I do have some fun stuff happening as well…I went to my second outdoor event a couple of weeks ago with my friend Susan Smiley. We ventured to the Made In Michigan show in Northville. The weather was perfect and so was crowd,nice and mellow. We walked the exhibits,sampled some treats and then walked down to Starbucks for a coffee and a nice chat. I haven’t been to downtown in years and I was quite pleased to see so many businesses (including a independent bookstore) thriving all these years later. During the recession,downtown Northville was in a state of flux when it came to small businesses. One month would see new shops open and 4 months later,they were gone. The recession was pretty rough on the downtown.

Susan and I talked for about 90 minutes and decided to try one of the new restaurants but because of the big crowds,we were looking at an hour’s wait so we went to another place and had a nice dinner. This was my second festival this summer which is pretty good considering I went nowhere the past two years really as far as street fairs went.

I am back at the keyboard once trying to finish this. I have a cheesy movie called ” The Adventures of Hercules” on YouTube for background noise. This week has been a hot one with the temps hitting into the 90s,of course its not like Phoenix where my friend Monique posted a picture in her car of temps hitting 118 degrees.  The drought in California is still taking its terrible toll. I was reading about the Guadalupe River in San Jose,how 8 miles of its 14 mile length has dried up,killing the fish and sending other animals looking for water elsewhere.

My friend Michelle and I used to walk along the walkways that ran down the river,it was a bit sketchy in places but overall it was a nice walk and you would see bicyclists during the day and skateboarders as well. But at night,the homeless would move in and take back the park. In our many walks,Michelle and I never were bothered or asked for anything,the folks stayed very low and private.
This is just a small example of how bad the drought has become. Wildfires are ripping across the landscape are alarming numbers and getting water to fires is turning into a dangerous problem. A lot of wildfires can be stopped if there is enough water dropped not to always put the fire out but to buy time for fire crews to encircle it,cutting lines and letting the fire burn itself out. Not so easy now and with the worst fire month still to come weather wise,a lot of potential heartache is still too come.
The weather here this summer has been much hotter then in the past 3 years,hitting 90 degrees several times already. Last year we hit 90 maybe 2 or 3 times the entire summer. Needless to say,its weird unloading snow shovels and snow throwers at 93 degrees…

Yep,still at it..this might turn into a book by the time I am finished. Its the 20th,always the hardest day of each month. Every day is still hard but the 20th is the saddest…just put my chin down and live through it.
I did get some good news this week finally. Looks like my window issue is over. When the salesman from WindowPRO had come over to look at my window,he mentioned that they were from a local company. So I decided to call them today and see if they were from the company. I was in luck because that is exactly what happened,the windows were bought in 1997 and 1998 by a former owner of our house. The warranty is in place and so on 12 Sept,they are coming out to fix my window!! I am also going to have them check every other window as well just in case. I do not want to freeze my ass off again like I did this past winter.

Yep,still here writing this. Its a beautiful day outside and so I am going to try and wrap this up. I mowed the lawn and did my dishes. My house needs a deep clean I noticed today,that is my goal for this evening while the cheetah is solaring by the patio window. I can hear neighborhood kids swimming a few doors down enjoying the last few days of vacation before school starts once again.
I was blessed to meet a writer through a random tweet by a very cool English lady named Suzie81blog. Suzie writes and also promotes other blogs through her hashtag #SundayBlogShare. If you are a blogger,you want to use the tag as it will definitely draw more traffic to your writing.
Well about three weeks ago,Suzie tweeted a “welcome back” to a blogger named Rara who had been away for a year. A year that was hellish for anyone on any level. I looked at Rara’s blog and found out she is also part of the tribe of lost soulmates. She had lost her husband just a short while ago. Well,I reached out to her and left a comment on her blog. It seems I have I almost accidentally gathered a few souls like myself and have been trying to help them through the first year. Of course I give ALL credit to Donald Neilson,if I hadn’t had his friendship,who knows where I would be. But because I have his friendship and advice,I feel I am in a well enough place (not all the time and I do have my limits emotionally) to help others either by listening or making suggestions that I have found helpful during my journey.
I was chatting online with Rara and explaining I was blocked as far as writing goes. She was blogging about songs and suddenly I got inspired to drop a simple entry about a song that means a lot to me,so I posted it here,which you can see. While I was writing this novella,I decided to do another song entry and this time I used a band I once booked when I was at the EDGE along with Jimmy Arceneaux and Jacek Rosicki. (As always,thank you two for believing in my ear!)
I wondered,what would happen if I asked people to send me a song with a video along with a paragraph or two on why the song is important to them.
And that is what I am asking you,the reader to do. Pick a song out along with a video,be it the artist’s video or one you make yourself,write that paragraph or two and email me at MP_Sullivan04@yahoo.com.

Well that is it for now. I have to make a few errand runs and figure out what is for dinner. Thank you for taking the time to read me.

Rara,Trish and Donald – You three are so amazing,I am blessed to have you in my life.
Rara- thank you for the Song inspiration!
Monique – I am looking at the calendar everyday now and getting excited for you!
Wallside Windows – You guys/gals are awesome!
Michelle Myers – Very sad,isn’t it? I hope it can come back soon!
Romey – We survived the week! Pancakes on The Owl!!!
Jennifer Shirey – Thank you so much for such a great gift,I am touched!
Sue – Tiger will be home,we have to believe.
Mary – can’t wait to see our interviews
Denise V- Happy birthday!! Love you!
Yvonne – welcome to the world of blogging!

One thought on “What Song Inspires You? (and other random stuff)”